A Eurasian grey wolf portrait I did few days ago.  A watercolour demonstration painted in two sessions of three hours each with many interrruptions for an evening painting class. Attached also, a series of images showing various steps of the creative process 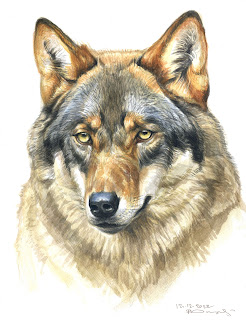 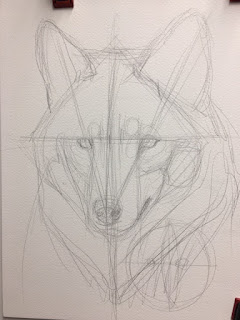 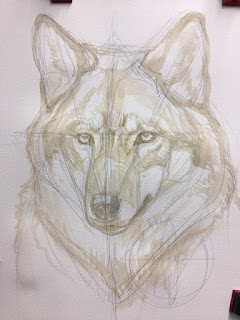 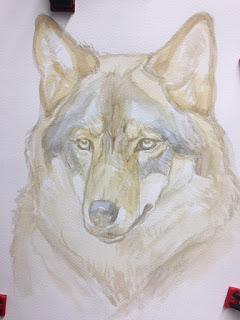 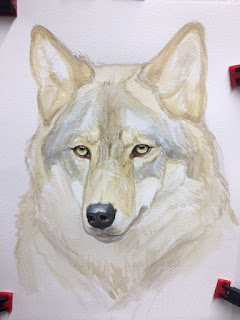 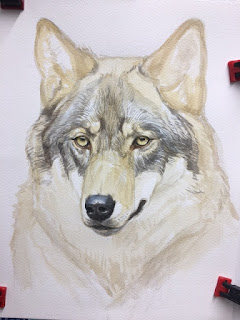 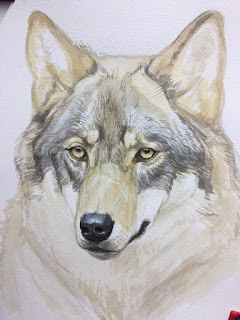 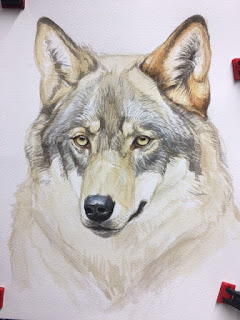 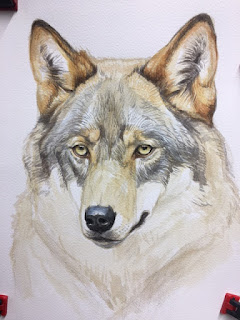 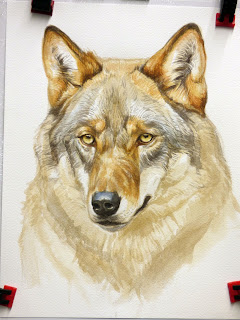 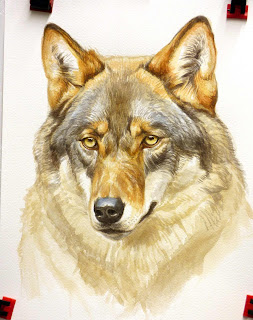 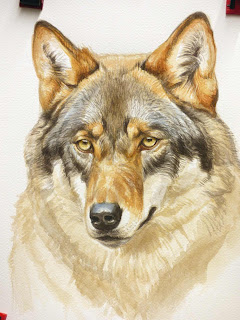 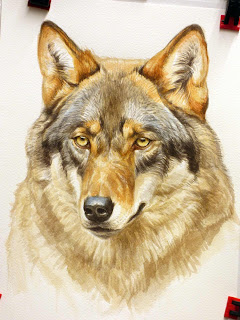