Oktober 07, 2018
..The Thylacine is a legendary species which lived in Australia and Tasmania and seems that is already extinct, since there is no credible evidence that the animal still exist for decades now. Attached, my efforts to depict the animal, starting with the initial pencil drawing , and showing the process step by step to the finished pen drawing. Eventually , I noticed several mistakes on his anatomy, decided to revise the image, started a couple of watercolours, and managed to complete at least one . Forgot to mention that videos taken in Hobart zoo( Tasmania) in the 30`s of last century have been a great help while creating my image. 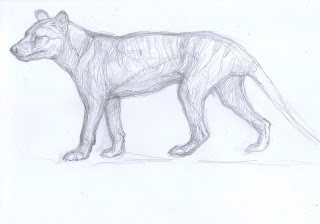 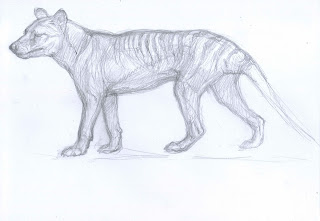 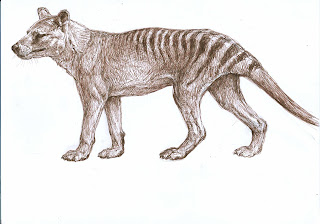 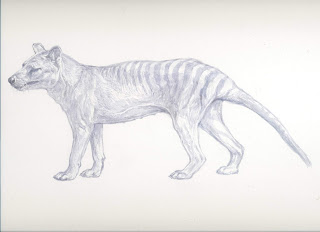 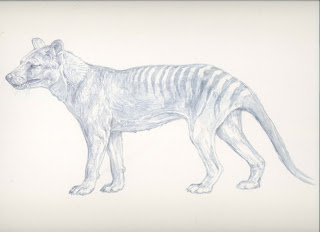